Ryan McIntyre benefited from a programme part-funded by the European Social Fund Programme 2014-2020 and the Department for the Economy that gives unemployed young people the skills they need to find work.

Ryan, 26, from Coleraine, lost his father when he was 14 and took over his father's business to try to support his family.

"I knew that if I didn't try to run it myself, it would close down. But because of the demands of the business, I stopped seeing my friends and got depressed. I even thought about suicide.

“When I was 22, the business took a downturn and I had to make myself redundant. I spent the next nine months working towards starting a car cleaning business, but couldn’t get planning permission. It felt like the die had been cast."

At that point, Ryan was referred by his advisor at the Job Centre in Coleraine to Make Your Mark - a Prince's Trust programme in partnership with Marks and Spencer that gives unemployed young people the skills they need to find work in the industry. He was offered part time employment with Marks and Spencer at the end of the programme and was elected as a representative for Coleraine's Business Involvement Group, before being promoted to Store Coach and securing a place on Marks and Spencer’s Trainee Management Programme.

"Life just started going right after Make Your Mark, and I decided I wanted to help other young people move their lives forwards with The Prince’s Trust, like I had done. So I became a Young Ambassador for The Trust."

"Being a Young Ambassador was an amazing experience. I had to work through my nerves, but once I’d done my first speech, it got easier and easier. I spoke at so many events and even co-hosted an awards ceremony. It was incredible. And it made me realise that it’s not what you achieve, it’s what you overcome that defines you and your career.”

Willing and able to go out of his comfort zone to help others, Ryan has donated more than 60 hours of voluntary work for The Trust whilst holding down a permanent managerial job at Marks and Spencer. He is a true role model for all young people.

Christine was barely 20 years old with two children when she found herself expecting her third. Shortly after giving birth her relationship came to an end, leaving her a single mum of three children and dependent upon benefits. 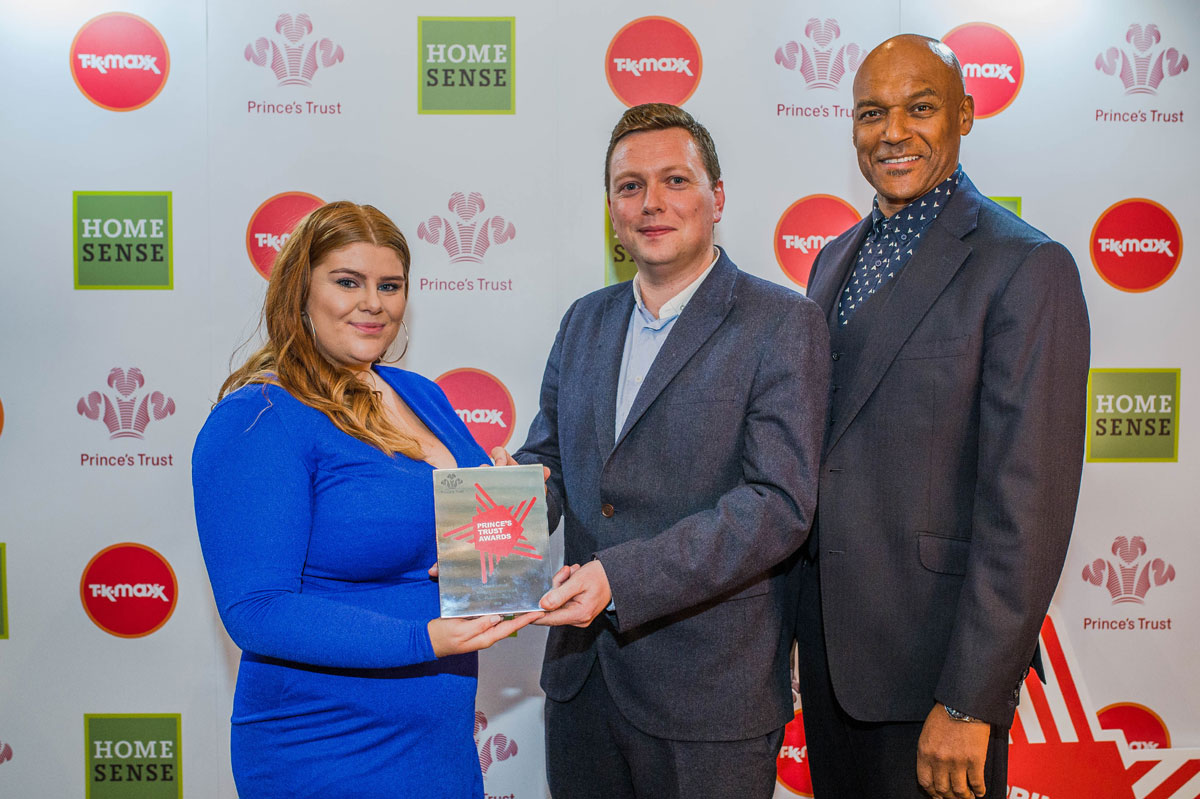 She was on anti-depressants, constantly stressed and barely keeping her head above water.

"I went into survival mode. I was a single mum to three children, struggling to make ends meet and the huge costs of childcare were a real barrier to being able to find work until my eldest two children started school.”

“Although I managed to get a job, it was only a temporary contract and when I was let go I remember going back to the JobCentre so down. As fate would have it, someone from The Prince's Trust was there and persuaded me to join ‘Team’ - they even paid for my childcare so I could go!”

‘Team’ is a 12-week programme from The Prince’s Trust that builds the confidence and employability prospects of unemployed young people.

"The course was amazing and being around the other young people made me realise I wanted to work in the youth sector. Once again, The Trust stepped up to support me, this time with a Development Award to study my Level 2 Youth Work.”

A Development Award is specialist funding from The Prince’s Trust to help unemployed young people access training, education or work.

“I’m now working as an Assistant Team Leader, and also became a Young Ambassador so I could spread the word about mental health and The Trust’s brilliant work.

“Speaking out about mental health is so important and I’m chuffed I’ve had the opportunity to do it,  I even became the 'face' of a Prince's Trust mental health press release, which was a bit surreal!

"I feel so lucky to be where I am now. My children are happier, I'm in a job that I love and I am genuinely optimistic about our future.”