James McCullough suffered a brain injury in 2005, but has returned to work with the help of the Cedar Foundation’s “Inclusion Works” project which is part funded through the Northern Ireland European Social Fund Programme 2014-2020 and the Department for the Economy.

James, now 51, tells the story of his recovery and the help he received through the ESF supported project. 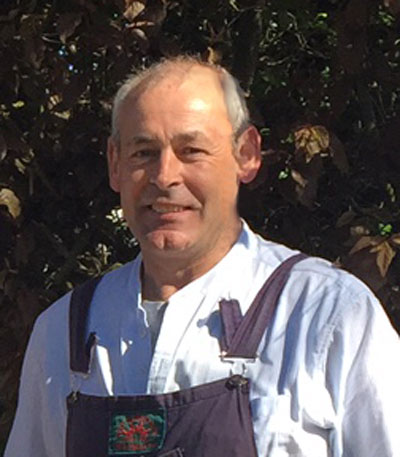 "I had a great life lovely family no worries. I acquired a brain injury after an accident at work in 2005. Prior to the accident, I had worked as a HGV driver for 22 years. It was a well-paid job. I was now faced with the prospect of no job, no income and the loss of being the main bread winner for the family. On top of that I had to learn to live with the impact of a traumatic brain injury."

"I had difficulties with memory, planning and organising and fatigue. I found my situation very frustrating because in my own mind I was capable of doing all the things I had done before. This caused me to become bad tempered, easily losing my patience with family and friends and my confidence was at an all-time low."

"In 2006 I was referred to the Northern Health and Social Care Trust Community Brain Injury team for rehabilitation. Two years later in 2008 I was ready to progress to Cedar’s ESF Brain Injury Service for vocational rehabilitation where I met Rhona, my keyworker.

Worker and Elaine Armstrong, Cedar Foundation, Ciaran Doran (Director) and Dave Loyal from DfE's European Fund Management, Nicolas Gibert-Morin, European Commission and James McCullough.
I had become head strong, needing to do everything straight away and not taking into account the limitations of my brain injury.  A lot of work went into teaching me that I could do the majority of the things I wanted to do, but at a slower pace and taking breaks to reduce mistakes, fatigue and frustration."

"I was also encouraged to get essential skills qualifications in Maths, English and IT, while trying out work placements to find a new career path as I had realised at this stage that HGV driving was no longer an option for me."

"During my time with Cedar one of the work placements was with the National Trust Patterson Spade Mill near Templepatrick. Cedar helped me to develop this into a volunteer role doing ground maintenance.

As my confidence grew and a new interest developed into the fascinating work of the Spade Mill, I was eventually offered paid work there as a tour guide."

"Later in 2015, the National Trust offered me an apprenticeship in blacksmithing and spade making. For me this moved me on to another level of confidence. I am thoroughly enjoying learning these new skills.

I have found a unique role that is fulfilling and interesting. My employer and fellow workers in the Spade Mill are very supportive and there is a strong team spirit. It has taken a number of years to get to where I am now.

At times it wasn’t easy, but with the right support network to find the opportunities and support to work around the barriers that come along I was able to drive forward to achieve more than I had expected."

"I also hold a part-time paid work role with Cedar since 2013 as a User Forum Facilitator. This allows me to support other service users on their pathway to become more involved citizens and to have their voice heard both in Cedar and the wider community."